There are thousands of IBO hollow bar anchor manufacturers in China (Most of them are jokes, to be honest).

In Europe, Swiss and Italians seem to have produced those steel anchor bars for half a century.

You must know Dywidag GEWI bar which is used worldwide. They also have hollow bar product and it is called DYWI Drill Rod.

According to the calculation by Ischebeck, the provided shear bond of TITAN thread is higher than rope thread (according to ISO 10208). 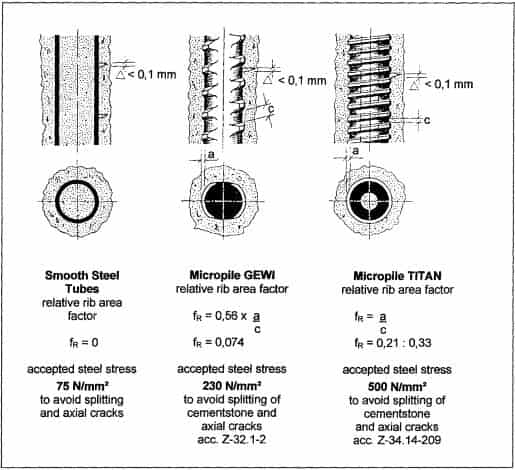 (Improvement of shearbond by TITAN Micropile)

In fact, most manufacturers can produce both thread types of IBO self-drilling anchors.

The tips for choosing a self-drilling anchor IBO are

Obviously, project design department will decide which kind of IBO hollow bars should be used.

Elongation ductility has been highlighted by Ischebeck in the article What looks like a hollow bar, is not a Titan hollow bar.

In the article, Ischebeck presented the key items for hollow bar anchors. And in contrast, Dywidag hollow bars are not good enough.

ONTON agrees Titan’s theory and have learned a lot from them. For instant, ONTON is the only Chinese manufacture which shows ductility performance in third party test reports.

And be free to click here to check the reports and certificates.

15 people involved this project were arrested in August.

(Although the tensile strength becomes higher,  the rebar is more fragile)

‘Thin steel rebar’ is lengthened rebar. It is thinner than standard rebar. Since its tensile strength is 40% – 60% higher than the standard rebar, the using amount can be reduced.

Save money, but increase risk.

What is ductility? Why Ischebeck Titan emphasizes the importance of ductility?

When earthquake happens, ductility ensures that the speed of structure breaking won’t be too fast.

Obviously, IBO hollow bar (Self-drilling anchor) is another kind of reinforcing bar. Maybe you would consider more when design the next project using soil nail or micropiles. 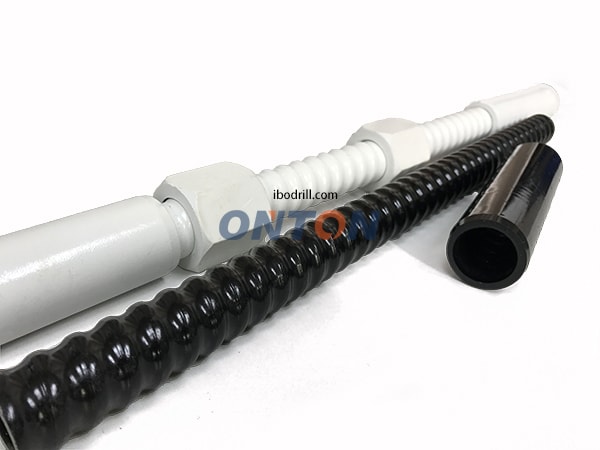